”The culture of honor, a loving and particular environment to nurture god’s godness, power and grace” 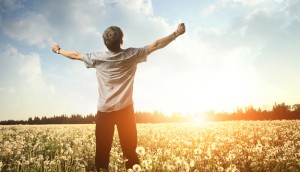 People who recognize the goodness and glory of God in each other and leave everyone the freedom and space to express them in their own way.

Those who influence their living places by bringing about the Grace of the Heavens.

The Culture of Honor, or culture of the Kingdom, is not treated as "an interesting topic." It is a new way of life which approximates the Kingdom lifestyle.

The more we impregnate ourselves of the Honor Culture, the more we measure the profound changes that it demands of the hearts, thoughts and beliefs, but also of the lifestyles and relationships that result from it.

This culture is not a given to us. It involves a renewal of the mind and the heart on top of the changes in our actions. Our identity, our security and our defense system are changed.

That's why we offer three levels of service to assist those who wish to approach the Culture: inform, train, reform.

Since they received the calling over 35 years ago, Thierry and Monique Juvet are engaged by the commandment of love for each other and they promoted relationships in the body of Christ. They accompanied, preached and gave many courses in this field, targeting both couples, leaders in churches as churches themselves and individuals.

In the Winter of 2012- 2013, they spent four months in a California church that values ​​the Presence of God and whose leaders and members are imbued with a culture of honor for each other.

They returned from this trip imbued by this Culture of the Kingdom and convinced that it can be established in our churches as well. Upon their return, they received many requests from churches, charities and diverse associations and they began to spread the word in Switzerland, Europe and Quebec.

They have the privilege to work with their friends Catherine and Philippe Jaquet, themselves very excited about the Culture of Honor. Catherine and Philippe co-directed an institution for addictions and also have over 35 years’ experience in the care of relationships, both personal and within families, groups, businesses and churches.

It is in this context that they have experienced without knowing the values ​​of the culture of honor, which were then deepened through various seminars and a trip to Redding in 2014. Thus God has trained them to allow them passage into their new path.

In spring 2016, they jointly founded the Global Institute of Honor.